Jordan Gallucci will not play in tomorrow’s Under 23 trial game against Port Adelaide .

Jordan Gallucci will not play in tomorrow’s Under 23 trial game against Port Adelaide at Thebarton Oval after he sustained a low-grade hamstring strain at training on Thursday.

Crows Head of Science and Medicine Steve Saunders said Gallucci had scans yesterday afternoon and the Club received the results on Thursday night. 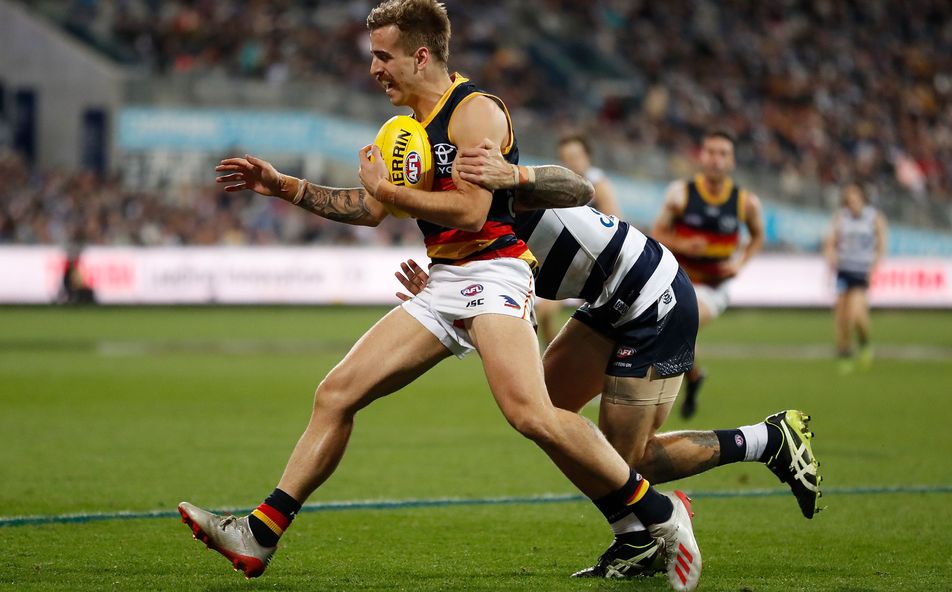 “Given the grade of the injury is low, he is expected to return to normal training loads by the middle of next week and continue his build to the start of the season,” Saunders said.

“Over the last month Jordan has completed a good block of training. A one week modification of his loads at this stage, given where Jordan is at, will not impact his preparation for the start of the season.”

For Saturday’s game, first bounce is at 12pm ACDT. The two teams will play four 25-minute quarters with no time on.

A live stream of the game, to be produced by AFC Media, will commence at 11.50am ACDT and can be accessed via afc.com.au or the Adelaide Crows Official App.

Round 2 of the AFL season will see Carlton host Melbourne at Marvel Stadium on Saturday June 13, 2020. Melbourne are favourites for the game which is scheduled to start at 2:10 pm. We preview the game and give you our tips and information on how you can watch the Carlton vs Melbourne game live. […]

A star Pie is concerned AFL job cuts have led to “anxiety” inside football clubs, with Richmond and Collingwood reserves to play on Wednesday night. Meanwhile, all 18 AFL clubs will take part in the Big Freeze 6 slide. TIGERS v PIES RESERVES TO BATTLE ON WEDNESDAY NIGHT Collingwood and Richmond will face off on […]